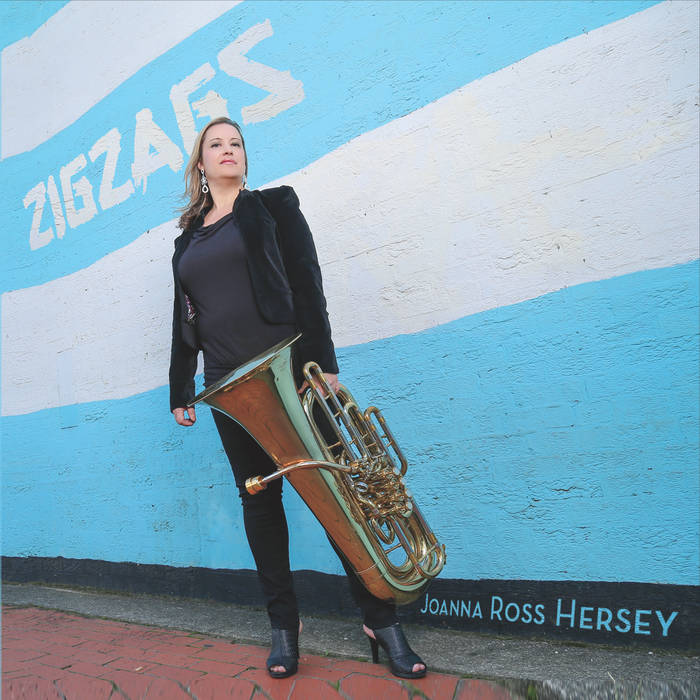 Joanna Ross Hersey’s second solo album, Zigzags, features four new compositions which place the tuba and euphonium in an electronic music setting featuring collaboration through both composition and improvisation. The album also contains a new arrangement by Joanna of the music of Hildegard von Bingen, as well as a solo for unaccompanied tuba, entitled Convent Window, composed for this album. The title track, composed in 1988, is a ten minute unaccompanied tuba solo by New York composer Faye-Ellen Silverman.

A native Vermonter, Joanna studied with Dan Perantoni at Arizona State University, received a Master of Music in Tuba Performance from the New England Conservatory of Music studying with Chester Schmitz, and earned her Doctor of Musical Arts in Tuba Performance from the Hartt School. Joanna is a Yamaha Performing Artist and Professor of Tuba and Euphonium at the University of NC at Pembroke. ... more

Bandcamp Daily  your guide to the world of Bandcamp

Interviews With Butcher Brown and Slauson Malone, plus LP of the week by SAULT.